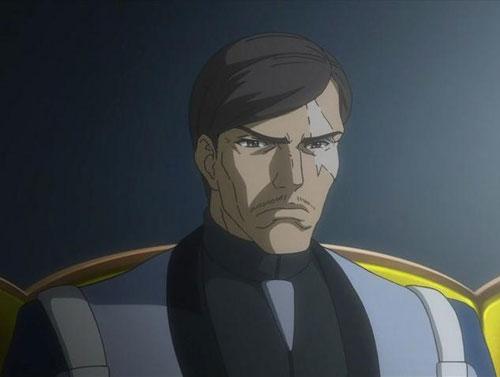 Sergei Smirnov is a colonel and mobile suit squadron commander of the Human Reform League to capture the Gundams. He is a respected man who follow orders without question and shows true dedication on his missions in spite of doubt. He served as a father figure to Soma when she was assigned to him, offering to adopt her. But when he finds Soma with Allelujah, he lets her join Celestial Being and falsely reports Soma as KIA. Doubting the motives of the A-Laws, Sergei learns his old friend Hank Hercule is attempting a coup d'etat. Though secretly sent by the government to give him their demands, Sergei is killed by his son, Andrei, who assumed that he was part of the coup de'etat.